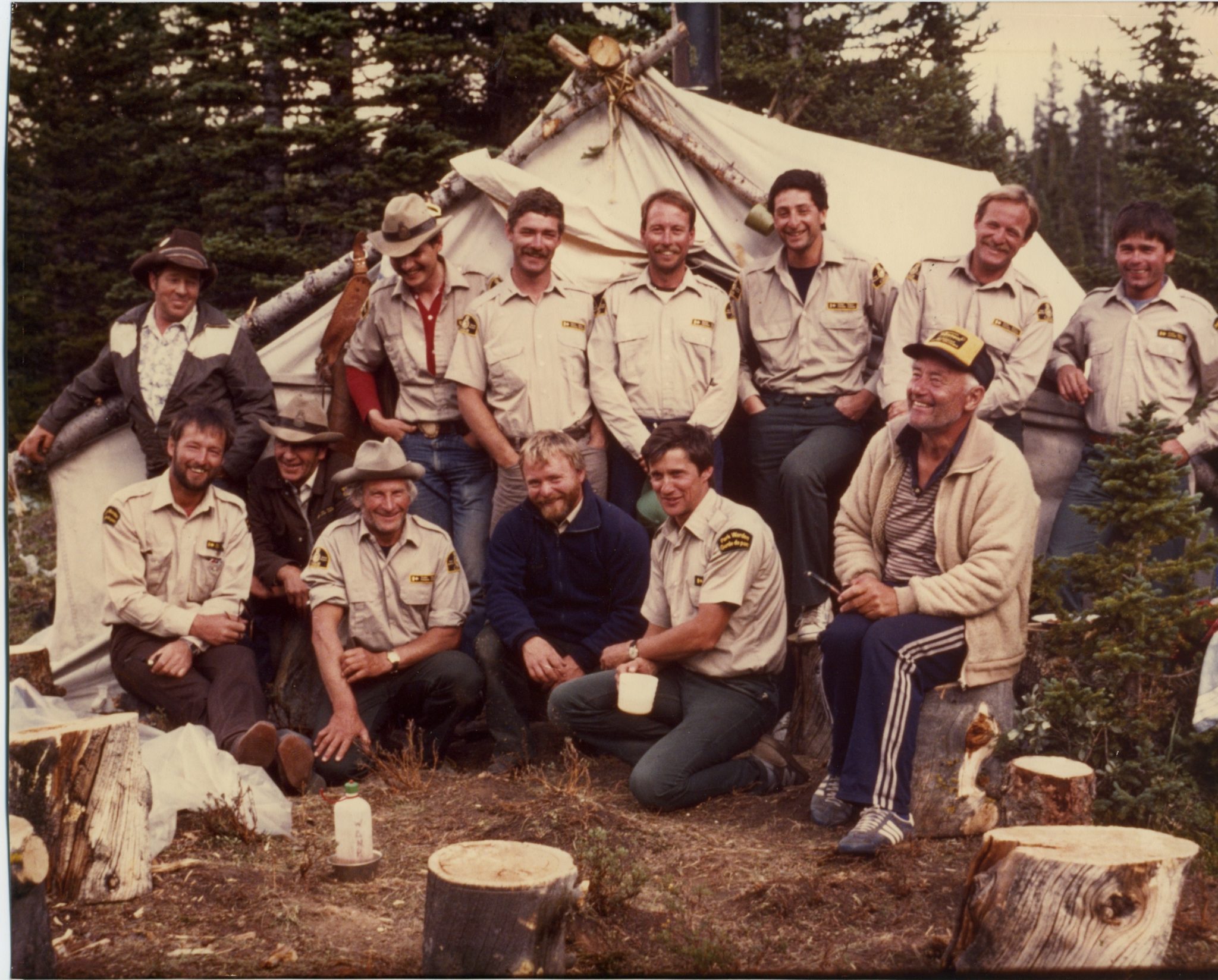 The 1985 National Parks Centennial Climb involved park wardens from across Canada.  Six peaks in the Clearwater Group were climbed between July 25th – July 31, 1985 to commemorate the Centennial and proposed names for  these peaks in honour of the following park wardens who had lost their lives while on duty for the National Park Warden Service.

Brian Patton photo – June 16, 1985. Taken at the dedication of Windy Cabin to the Whyte Museum of the Canadian Rockies