(0:12:16) Let’s start at the beginning. I was born July 22, 1928 in Bassano Alberta. I lived down there east of Calgary when I was small. My mother raised four kids by herself. My dad died the year that I was born. So my mother was a pretty hardy and industrious person you know, she did a wonderful job. We grew up through the depression, but we had a good farm and my mother was quite a strong, pioneer person…But anyway later on we lived in Olds and my mother was married again. I always wanted to work in the mountains. I worked horses. I rode a horse to school and everything…So I was breaking horses before I quit school. I always wanted to do that and go and work in that business because I had worked around ranches…

(0:13:39) I went to Jasper to work for Jack Hargreaves. Jack Hargreaves was a big outfitter at that time…The first year I worked for him in 1947 we had over 80 head of horses on hunting trips. He had three early trips and two late trips. Our trips were 30 days…I worked in that business for quite a few years.

(0:14:16) I had a winter job working for a small logging contractor. I worked for this small logging contractor at Sundre. Consequently I had quite a well rounded experience in construction and operating machinery and doing all kinds of things. That’s why Mickey (McGuire, Chief Warden of Jasper National Park) was interested in me because…he was going to put this program together to build these new buildings and do all this work that he had lined up. He had talked to me for several years. I met Mickey early on, about 1947. He was out on a district when I met him. He was a prince of a guy. 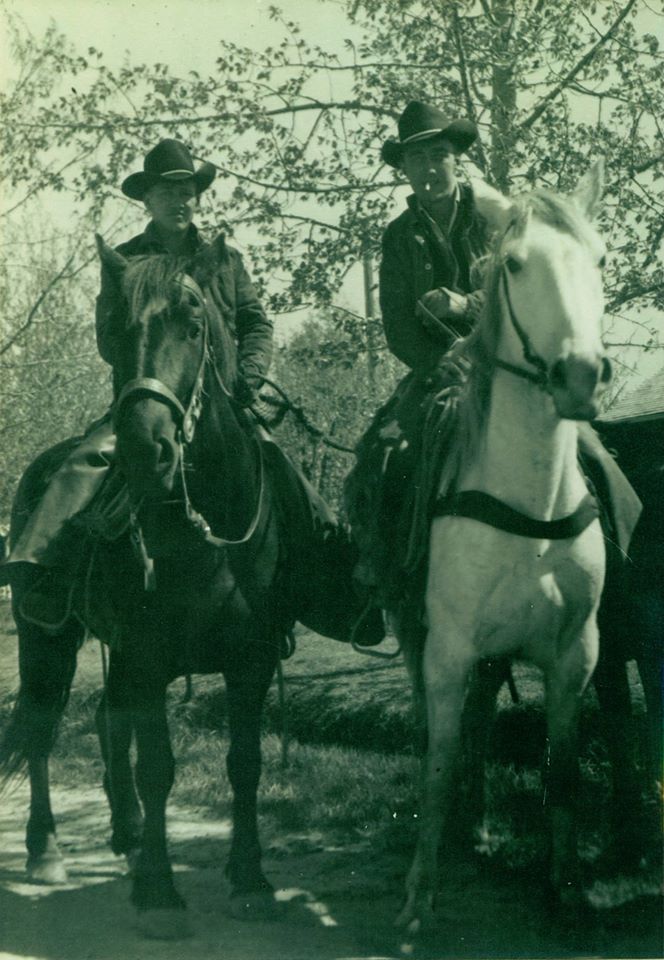 (0:15:23) I had worked with two or three different outfitters at different times on these hunting trips and then the geological work after the Leduc field we worked the limestone. You know the Devonian limestone is that gray rock that you have at Banff and around the cement plant… The Leduc field is in the Devonian. Once they had the Leduc field going the companies and the geological people were interested in studying the limestone because the Leduc field underneath the ground was very similar to what is standing up horizontal in the mountains, in the rocky mountains. The fossil beds and the thicknesses were very similar and that is what they were working under the ground. You got to remember we didn’t have any helicopters or anything. We didn’t have any roads in the country in those days either. The Red Water field was in the Mississippian and it came a couple of years after the Leduc field. The Mississippian is also limestone. Then the Pembina field which is the field at Drayton Valley is in the cretaceous. The cretaceous is an older rock and it is out on outside of the mountains on the east side and so for a couple of years, three years we worked the Devonian, up and down the mountains. I worked all the way from the Ya-Ha-Tinda clear north almost to Hudson Hope with geological work over the years… But anyway we did the Devonian and then we did the Mississippian and then in 1954 after the Pembina field we were out in that east country and out in the low country, what I call the low country and that was a much different kind of place to work because you were in a lot more mud and muskegs. Tough country, not too many trails. That country north of Entrance, north of Hinton and around where Grand Cache is today. Grand Cache was just a small little settlement with about six Indian houses. When I’ve been to Grand Cache since those days, I’m lost because…(they) put in roads and houses and a railroad… I can’t even find my directions there anymore, it’s so different!

(0:18:33) But anyway that’s just an introduction there because Mickey had talked to me two or three times about coming to work (for the warden service in Jasper). Also you knew Tom Ross? Well Tom Ross was born and raised in Jasper and he worked with Mickey and he was assistant chief there and a real good guy. And of course the old gang, like even old Frank Burstrom senior, young Frank’s grandfather, I knew him. He was a district warden and a guy by the name of Bob Jones. They used to say to me, “Mac why don’t you come to work for the Parks? You are out here all the time in the bush anyway!” That was suggested to me for a few years. But I was smart enough to know that…if you are going to go out there and live in the wintertime like the guys did in those days you got to be pretty mature. I knew enough about that and I knew enough about living in isolation that I didn’t want to do that when I was 23 or 24 years old because it is quite a life… If you live there for three years you have a pretty good idea of what it is all about. But after you live there for five or six, you know what it is all about. I enjoyed it! I was 28 when I went to work for the Parks. I was mature enough, old enough and experienced enough. I feel really sorry for the young people today that try to do that because they don’t have the background and they don’t grow up the same as we did. You know everywhere we went until I was 30, I rode a horse…as a matter of fact I rode to Jasper from Sundre, (with) a couple of pack horses. We had a whole different background. Then living in logging camps and things, you have a whole different world. Very adaptable to whatever surroundings we were!

(0:21:00) Going back to Mickey. He had this work lined up and by 1956 the helicopter business was coming in. They were starting to fly and they were starting to do the geological work with helicopters…I could see that the outfitting business was kind of failing. A lot of the hunting trips, the parties had moved further north. They‘d gone to the Yukon and places (like that). It was finished in this country. I thought, “Well I think I better get into something that’s got a better future.” So I accepted Mickey’s offer and I went to work for him. I was never sorry because we got along very well. We never had a cross word in the years that I worked for him. He was a good guy. 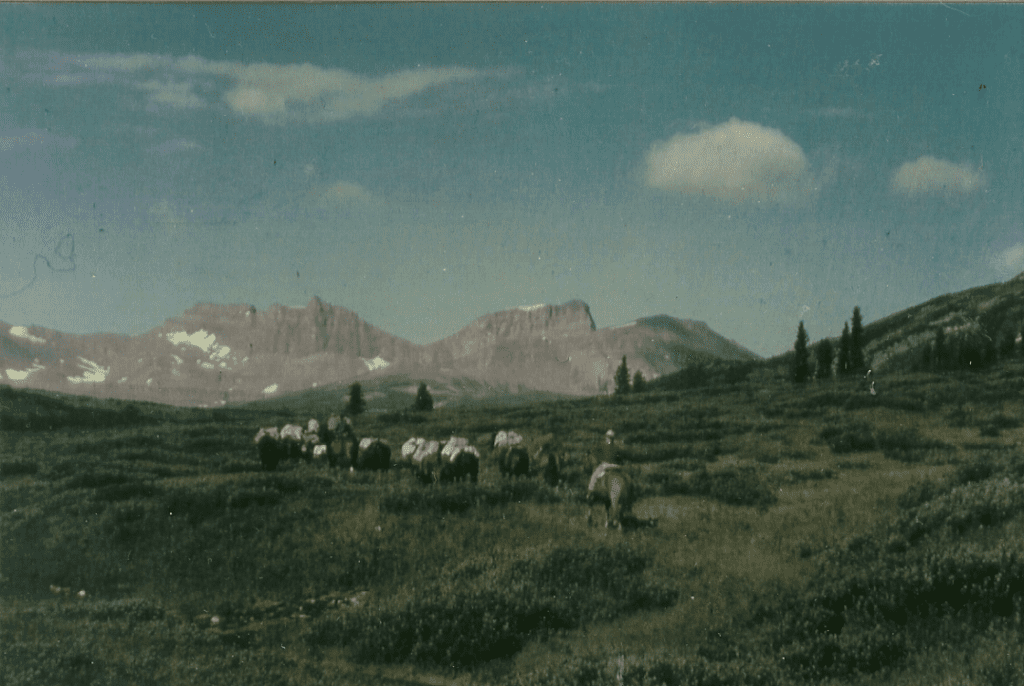 (0:22:08) We did that job on the Smokey. I guess we started there…in middle of May…We packed for those buildings there and we had a crew in there. Actually we started out with two crews. We had a crew that was a logging crew…Then a builder came along and he was a very experienced guy. He had a couple of men and he put the buildings up. I traveled from Mount Robson down at the railroad track through to the north boundary there and I packed that stuff for two and half, three days up in there to where the last building was. Frank and I would pack 15 horses. I was there until the first of October. I made a lot of trips through there, wore out a lot of horseshoes and wore out two or three horses too. I had to get some replacements from time to time because that is some tough country…I packed 7000 feet of lumber up there that summer and of course rubberiod and cement for the foundations, and groceries and material and equipment for the men and all that kind of stuff. Then I trailed those horses down and left those horses at Willow Creek in October that was going to be the winter range. As a matter of fact, I left all the equipment, like the tents and camping outfit and everything … at one of the big cabins in the Blue Creek district. The Blue Creek district is farther north and west of the Willow Creek district. But being as I had packed and outfitted and been through the country for years I was very familiar with (it). I don’t think that there was a warden cabin in Jasper that I hadn’t seen before I was a warden. I certainly knew my way around. They built two warden cabins and two equipment sheds that year.

(0:24:21) That October, right after Thanksgiving somewhere in there Mickey had put me on as a district warden and I went to the Brazeau district and it was empty, vacant. As a matter of fact the packer that I had with me was an excellent guy. He was from Sundre. His name was Frank Botham. He is dead now. But anyway we went over the Maligne Range and gathered horses. We got trucked down to Camp Parker there at the Ice Fields and I packed my winter grub and supplies in there. I went in with one trip we had probably 12 head of horses or something…I went to the Brazeau and I spread out my groceries because there are eight cabins down there, counting the small cabins. Eight cabins that they use. That’s a pretty big district. Anyway Frank took the rest of the horses and went back to Jasper and I stayed there for ten days or so and spread my stuff around and went to the far end of district to Cairn Pass and turned around and eventually came back and out to the highway. It was winter by the time I got out of there. Then I got rid of my horses and got my snowshoes and went back in again. I was there a couple of years. My starting wage was $282.50/month for a 28 day month, less $8.00 for rent.

(0:26:05) I had a crew in there the next summer and we rebuilt one of the cabins. Put a foundation under it and put a new round of logs under it. I had a three man crew and I packed in from Camp Parker on the Banff Jasper highway, on Isaac Creek. It was a two day trip. Two days in and two day out. I packed in enough lumber for a new roof and a cement foundation and a bunch of stuff. Then I was there two winters in the spring of 1959 Mickey said, “Well, Willow Creek is vacant. I want you to go to Willow Creek and start working out that way. You can carry on where you finished up two years ago.” So I was there and that was the winter horse range…but also we built a new building on the edge of the Blue Creek district that year. Then I had a real good trail crew in there. I think I had a ten or 12 man crew in there…Plus the cabin crew and I had a couple of packers. The next year we built a new building at Blue Creek. During that term I built a nice barn at Willow Creek. I think we did that in 1960…I was there five years on that district. We did a lot of improvements, put in a lot of good trails. I was always busy. 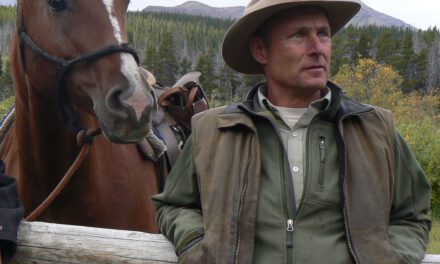 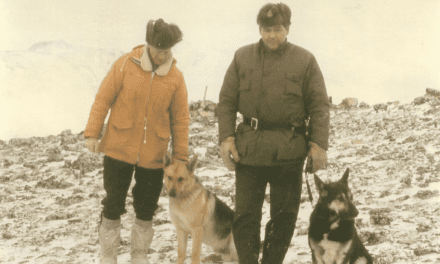 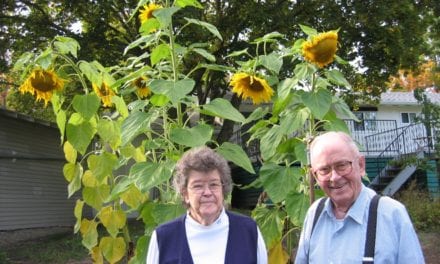 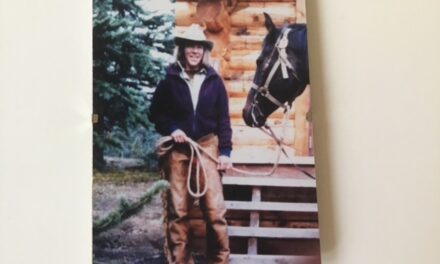